Formerly the mausoleum of the emperor Hadrian in the Vi century became a fortress and during the Renaissance a magnificent residence for the pope Paul III Farnese.

One of the most characteristic itinerary of the “old Rome” was built by Giulio II during the Renaissance.

This harmonious square with two fountains in granite from the Caracalla bath is mastered by the imposing facade of  Palazzo Farnese.

The statue of Giordano Bruno, burn alive as heretic in 1600, masters the square, in the past execution place and today place of picturesque market. 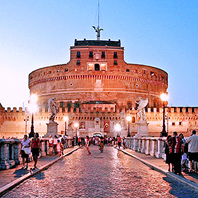 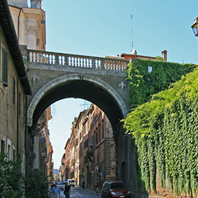 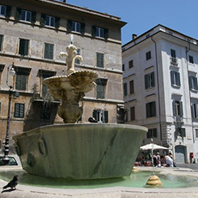 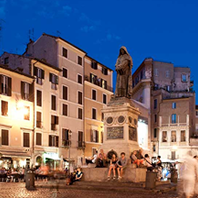