Its real name is Flavian amphitheatre. The symbol of Roma is the most imposing roman building. Built by Vespasian, inaugurated by his son Titus and accomplished by Domitian the Coliseum housed the Ludi Gladiatori and the Ventiones for many centuries

Majestic arch of triumph built in honor of the emperor Costantino the Great after the victory over Maxentius at Saxa Rubra, model of many arches of  triumph all over the world

The biggest among the five forums. This archeological area –the biggest in the world inside a city.- houses monuments and ruins, symbols of the power which dominated the world from the foundation to the fall of Rome

The smallest but the most important of the 7 hills of Rome. Political and religious centre is, since the foundation of Roma, the core of town. The square projected by Michelangelo has in the center of its starry pavement the equestrian statue of Marc’Aurelio .

The monument built in honor of Vittorio Emanuele II, first king of Italy, and Palazzo Venezia, one of the finest example of the XV century building dominate the square which  is into the centre of Roma 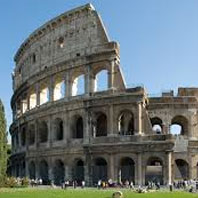 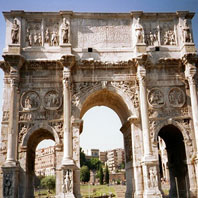 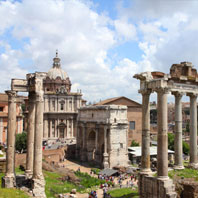 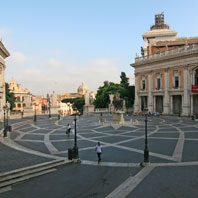 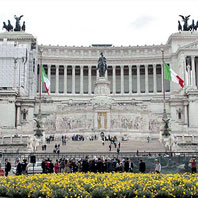