With its 200 m. of bas relief this column celebrates the dacian campaigns of the emperor Traian and dominates one of the imperial forum. Since the ‘500 the statue of St.Peter  surmounts the column.

Piazza Chigi houses this column built by the family of the Antonini, its twisted bas relief is surmounted by the statue of St.Paul.

Originally, the shadow of this obelisk  indicated the hours in the big Augustus’s  Sundial now is in the piazza Montecitorio.

“May your mind be so strong to hold as vast wisdom as the Egyptian one” this is written on the basement of this obelisk put by Bernini on a small elephant in front of the church of  S.Maria Sopra Minerva.

This is one of the obelisk of the  ancient  Iseo Campense and adorns the fountain of  Rotonda, in front of the Pantheon.

This obelisk used to decorate the palace of the emperor Maxentius along the Appian way
Now is on the famous Four River Fountains made by Bernini, to create the magic harmony of the baroque Navona square. 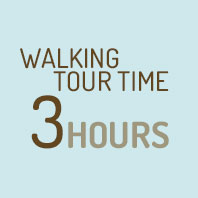 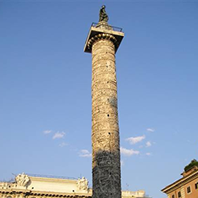 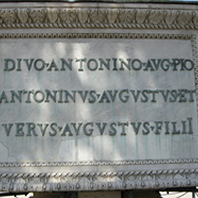 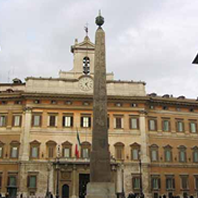 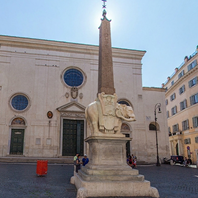 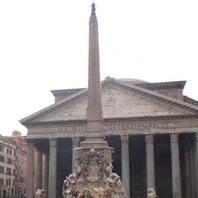 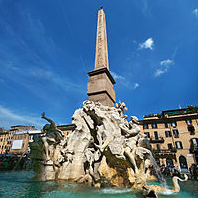