On 120 hectars the Villa built by Hadrian reminded the emperor the places and the buildings that most impressed him along his long journey through the roman empire.

Stoà pekilè reminds the famous and painted porch in Athens. The surviving wall is on a big slope of the hill.

The rooms are on the slope of Pecile. Accessible from the outside, through stairs and balconies in wood these rooms were the slaves area.

It is the most suggestive place of the  villa. A circular moat with a house on a small Island in the centre was the emperor’s refuge.

Attractive spas, where water was heated by sunlight.

Environments impressive, with vaulted cruises and stucco still visible in some parts.

The replica of the popular resort in Egypt. Decorated with a colonnade decorated with statues, including copies of the Caryatid ‘Erechtheus of Athens, was completed by a large nymph with triclinium summer and a temple dedicated to Serapis… 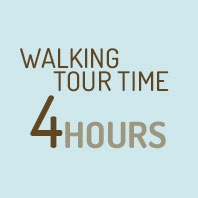 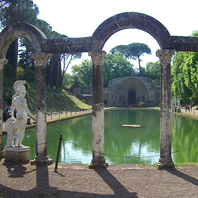 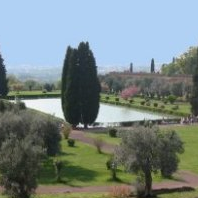 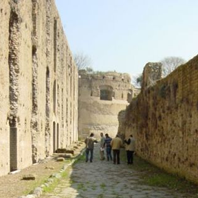 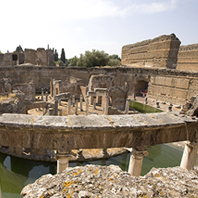 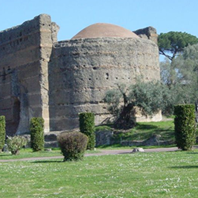 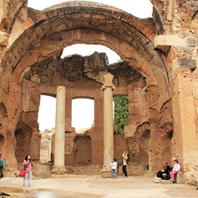